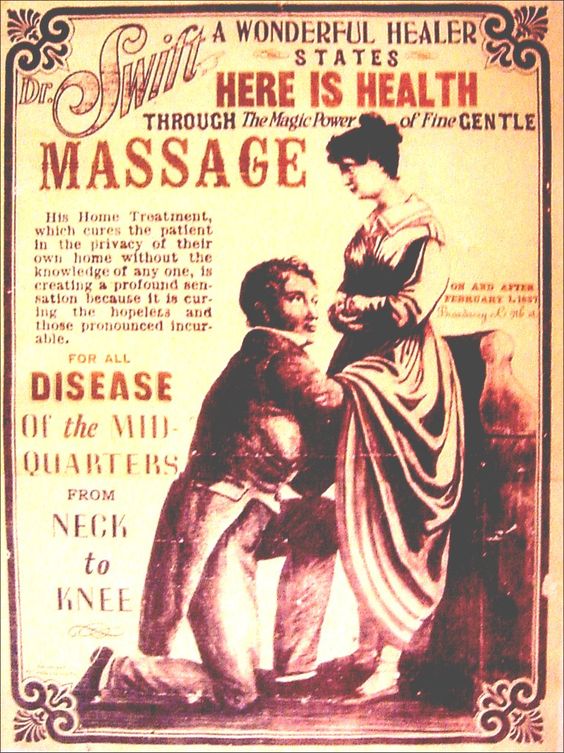 Dr. Swift took advantage of the age of hysteria – ‘are you depressed, irritable, suffering from the usual female ailments?’ –  so  travelling the US making house-calls, he did go. One area in which Dr. Swift hung his hat was Cerro Gordo, California – a mining site which sat above Owens Valley,  during the 1800’s where men flocked to mine precious metals.

The ratio of women to men was greater in Cerro Gordo, which kept Dr. Swift fairly busy. Surely not all  patients were suffering from hysteria or other conditions listed and we can also be quite sure  Dr. Swift was more a gigalo than a physician and much enjoyed the company of his female patients who ‘rang-up-a-rub’ when feeling – ‘lonely, melancholy? It is said his patients were loyal and had him return often, without a doubt. One can only hope Dr. Swift practiced proper hand-washing and kept his nails clean and neatly trimmed.

Some question if the good doctor existed or if the man is  a myth, but according to authors, the handy doctor did live –  “giving further proof to their reliability as authentic documents from the year 1837”. 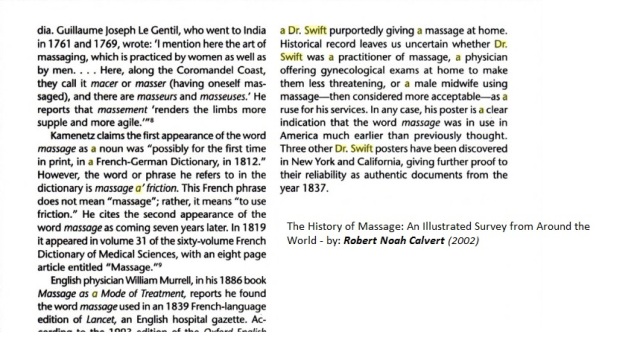 Cerro Gordo,  is now a ghost town and is privately owned by Michael Patterson, who has one goal – to keep the town in a state of “arrested decay” and to finish its first chapel, all dedicated to his late wife, Jody Stewart Patterson.

Some say ghosts walk the dusty streets of this abandoned silver-mining town.

With a murder a week in the 1860s and ’70s, bloodshed permeates its history.
– Los Angeles Times